This collection of essays grows out of a conference held at McGill University in March 2012 'Religion and Modes of Cultural Mediation in Early Modernity'.

In recent years, writing on early-modern culture has turned from examining the upheavals of the Reformation as the ruptured birth of early modernity out of the late medieval towards a striking emphasis on processes of continuity, transition, and adaptation. No longer is the ‘religious’ seen as institutional or doctrinaire, but rather as a cultural and social phenomenon that exceeds the rigid parameters of modern definition. Recent analyses of early-modern cultures offer nuanced accounts that move beyond the limits of traditional historiography, and even the bounds of religious studies. At their centre is recognition that the scope of the religious can never be extricated from early-modern culture. Despite its many conflicts and tensions, the lingua franca for cultural self-understanding of the early-modern period remains ineluctably religious. The early-modern world wrestled with the radical challenges concerning the nature of belief within the confines of church or worship, but also beyond them. This process of negotiation was complex and fuelled European social dynamics. Without religion we cannot begin to comprehend the myriad facets of early-modern life, from markets, to new forms of art, to public and private associations. In discussions of images, the Eucharist, suicide, music, street lighting, or whether or not the sensible natural world represented an otherworldly divine, religion was the fundamental preoccupation of the age. Yet, even in contexts where unbelief might be considered, we find the religious providing the fundamental terminology for explicating the secular theories and views which sought to undermine it as a valid aspect of human life. This collection of essays takes up these themes in diverse ways. We move from the 15th century to the 18th, from the core problem of sacramental mediation of the divine within the strict parameters of eucharistic and devotional life, through discussion of images and iconoclasm, music and word, to more blurred contexts of death, street life, and atheism. Throughout the early-modern period, the very processes of adaption – even change itself – were framed by religious concepts and conceits.

The Senses and the English Reformation (Ashgate, 2011) 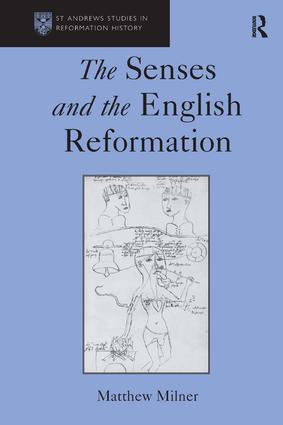 "It is a commonly held belief that medieval Catholics were focussed on the 'bells and whistles' of religious practices, the smoke, images, sights and sounds that dazzled pre-modern churchgoers. Protestantism, in contrast, has been cast as Catholicism's austere, intellective and less sensual rival sibling. With iis white-washed walls, lack of incense (and often music) Protestantism worship emphasised preaching and scripture, making the new religion a drab and disengaged sensual experience. In order to challenge such entrenched assumptions, this book examines Tudor views on the senses to create a new lens through which to explore the English Reformation.

Divided into two sections, the book begins with an examination of pre-Reformation beliefs and practices, establishing intellectual views on the senses in fifteenth-century England, and situating them within their contemporary philosophical and cultural tensions. Having established the parameters for the role of sense before the Reformation, the second half of the book mirrors these concerns in the post-1520 world, looking at how, and to what degree, the relationship between religious practices and sensation changed as a result of the Reformation.

By taking this long-term, binary approach, the study is able to tackle fundamental questions regarding the role of the senses in late-medieval and early modern English Christianity. By looking at what English men and women thought about sight, hearing, smell, taste and touch, the stereotype that Protestantism was not sensual, and that Catholicism was overly sensualised is wholly undermined. Through this examination of how worship was transformed in its textual and liturgical forms, the book illustrates how English religion sought to reflect changing ideas surrounding the senses and their place in religious life. Worship had to be 'sensible', and following how reformers and their opponents built liturgy around experience of the sacred through the physical allows us to tease out the tensions and pressures which shaped religious reform."

" ... The Senses and the English Reformation, Matthew Milner's important and penetrating first book, subjects these assumptions to rigorous scrutiny and demonstrates how far they have distorted our understanding of the origins, course, and effects of the sixteenth-century Reformation. It uses the senses as a powerful and revealing lens through which to examine crucial aspects of the process and initial impact of Protestant reform in the context of Tudor England. ... a distinguished debut."
Alexandra Walsham, Journal of Modern History (2013)

"... especial relevance to the study of sensory perception, and an important addition to our understanding of the subject. His analysis of perception, liturgical and religious practices, and the place of intellectual doubt about sensation leads him to a fine critique of the historiography of the Reformation, and an argument for continuity and slow and complex change."
Christopher M. Woolgar, English Historical Review (2012)

"... subtly changes the landscape of Reformation history.
... this is an essential study of the history of the Reformation from an adept and careful scholar."
Richard Grinnell, Sixteenth Century Studies (2012)

"With extraordinary learning, Matthew Milner examines philosophical views of the senses from the high Middle Ages through the sixteenth century... Those concerned with the texture of religious practice in the crucial centuries of pre- and post-Reformation England will prize the learning and scope of this book."
Michael O'Connell Catholic Historical Review (2012)

"This is a bold and ambitious book which raises fundamental questions about the theory and practice of religious worship on either side of the English Reformation. ... the entire book is suffused with insights that can only arise if we set aside our own, almost-automatic assumptions about sensation and cognition and remember that those that pertained before Descartes were very different and produced religious beliefs that could yield, to us, unexpected practices.
... thoroughly absorbing ... "
Stuart Clark Journal of the Northern Renaissance (2012)

"... Milner pursues an important paradox: despite their distrust of the evident dangers of the senses, English evangelicals were markedly sensual in their approach to worship. This is a new and important point. ... A number of arresting ideas emerge in Milner's book ...The Senses and the English Reformation is valuable because it opens up the human senses in worship as a new realm for study. Perception itself was one of the great disputed features of the Reformation in England."
Susan Wabuda Renaissance Quarterly (2011)

'The Senses in Religion', in A Cultural History of the Senses: The Renaissance, eds. Constance Classen and Herman Roodenburg (Bloombury, 2014): 87-106. 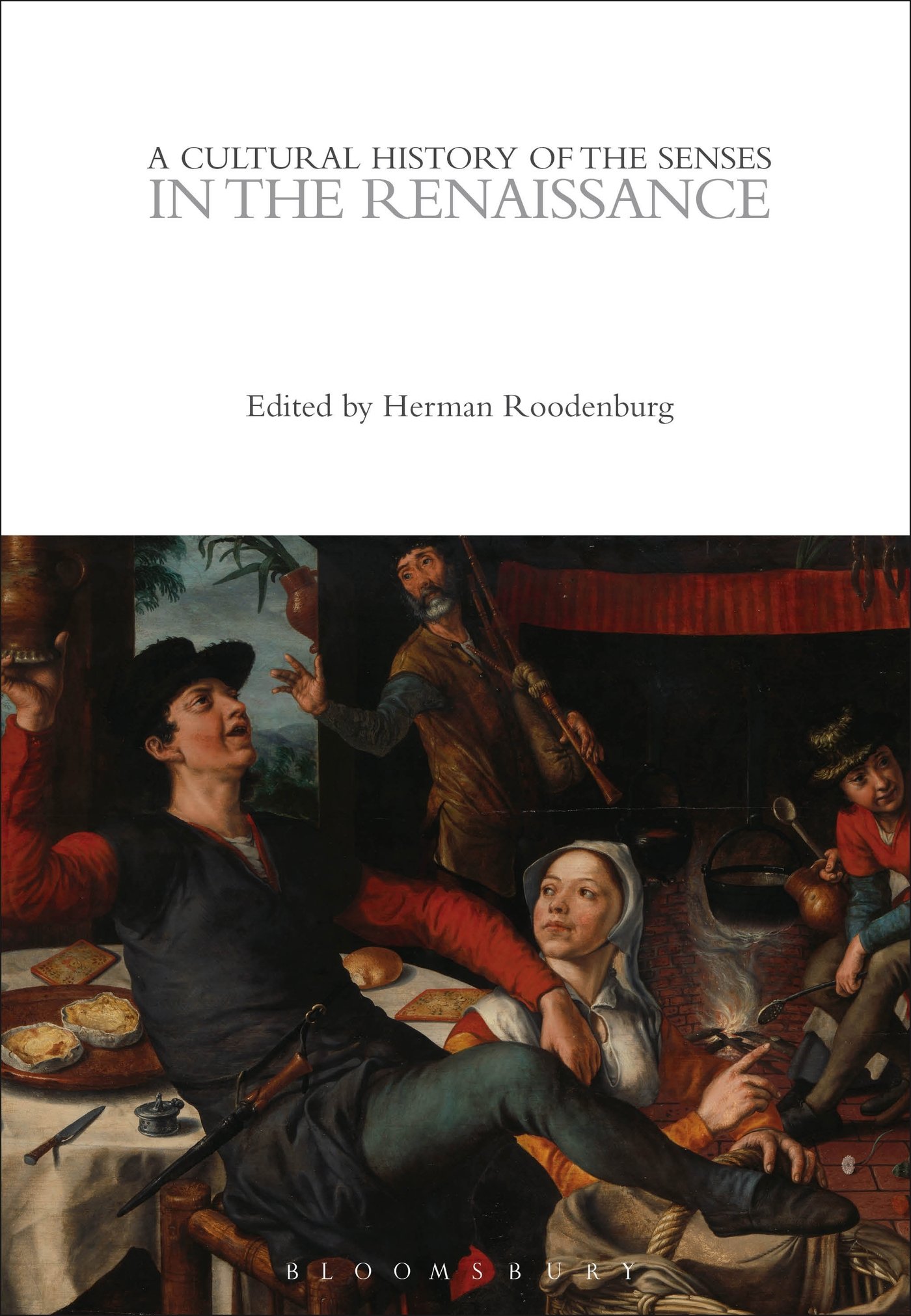 This essay provides a condensed overview of the place the senses held in religious life during the fifteenth and sixteenth centuries in European cultures. It moves from learning about the senses through religious prescriptive, moral, and devotional literature, to the ways the senses featured in religious practices (collective and individual), moving towards the rupture of the Reformation. The account continues looking at the degrees to which the politics of religion and reform were bound up in sensory conceits. And finally, leaving Europe on the backs of missionaries, how European Christianity handled encounters in the New World and Asia. The essay concludes with a brief discussion of Confessional Aesthetics.

'The Physics of Holy Oats: Vernacular Knowledge, Qualities and Remedy in Fifteenth-Century England', Journal of Medieval and Early Modern Studies 43:2 (2013)

This revision of my research for the Pontifical Institute of Mediaeval Studies examines questions of category and scholarly approaches to a seemingly innocuous item - a fifteenth-century English charm for holy oats to cure a horse's hoof inflammation. By situating the charm within its broader philosophical contexts, I contend that vernacular knowledge of the basic premises of Aristotelian physics and their principles of qualities and intentions directly links with concepts of the secondary and ambiguous classifications of grace - both in academic and literary contexts. Such a demonstration, given the heated debates surrounding rationality and forms of vernacular or lay knowledge in fifteenth-century England dramatically reshapes how we view the charm, and whether scholarly descriptions of it as magic are patently highly problematic. In following the line of physics as a mode of explanation for the efficacy of the cure, it becomes apparent that laymen and women had a critical amount of knowledge about Aristotelian physic that integrated with their theological knowledge. This in turn undermines any scholarly view that the use of such charms could be seen as irrational or non-rational, typical assumptions regarding superstition or magic inherent in modern scholarship, whether explicitly or implicitly in methodological conceits and expectations.

'To Captivate the Senses: Sensory Governance in Heresy and Idolatry in Mid-Tudor England' in Religion and the Senses in Early Modern Europe, eds. Wietse de Boer, Christine Goettler (Leuven: Brill, 2012). 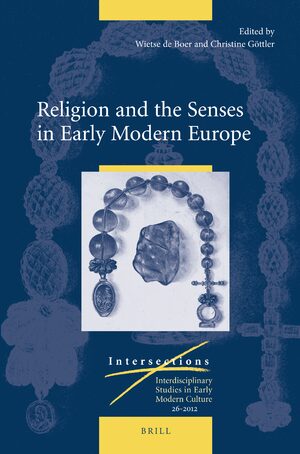 Throughout mid-century England, c.1520-1558, heresy trials and polemics on idolatry used the language of captivation to describe how heretics and idolaters had lost control of their senses. My paper will explore how reformers like John Lambert or Hugh Latimer were told by traditionalists at their trials to 'captivate’, 'rule', or 'keep' their senses, while evangelicals like William Tyndale and others cast idolatry as the sensory subservience of viewers to images. In tracing such language the paper will expose the extent to which mid-sixteenth-century religious upheaval in England was shaped by well-established facets of late medieval and renaissance sensory culture – one which stressed the need for sensory discipline for moral and religious correctitude. Time-honoured metaphors of the senses as rebellious servants, gates, or animals, helped articulate the dangers of religious upheaval and cast one’s opponents, whether evangelical or conservative, as sensual transgressors. Recounting this use of sensory language does much to undermine belief charges of sensuality were only employed by evangelical reformers; rather, accusations of sensory misgovernance were essential tools of religious polemic. Exploring the sensory language of captivation casts the reformation as a pyschomachia, a battle between virtue and vice, one in which sensory governance and metaphor had anything but a small role to play.

Review of Ben Lowe, Commonwealth and the English Reformation: Protestantism and the Politics of Religious Change in the Gloucester Vale, 1483-1560 (Ashgate, 2010), Sixteenth Century Journal, 41 no. 4 (2010)

and Andrew M. Jacobs, 'Scents of Facts or Whiffs of Confusion?', review of Rachel Herz, The Scent of Desire: Discovering our Enigmatic Sense of Smell (New York, 2009), Senses & Society 5 no.3 (2010)

I am a digital historian and freelance web developer. I specialize in small boutique research environments, and the history of late medieval and early modern England. I also sing.